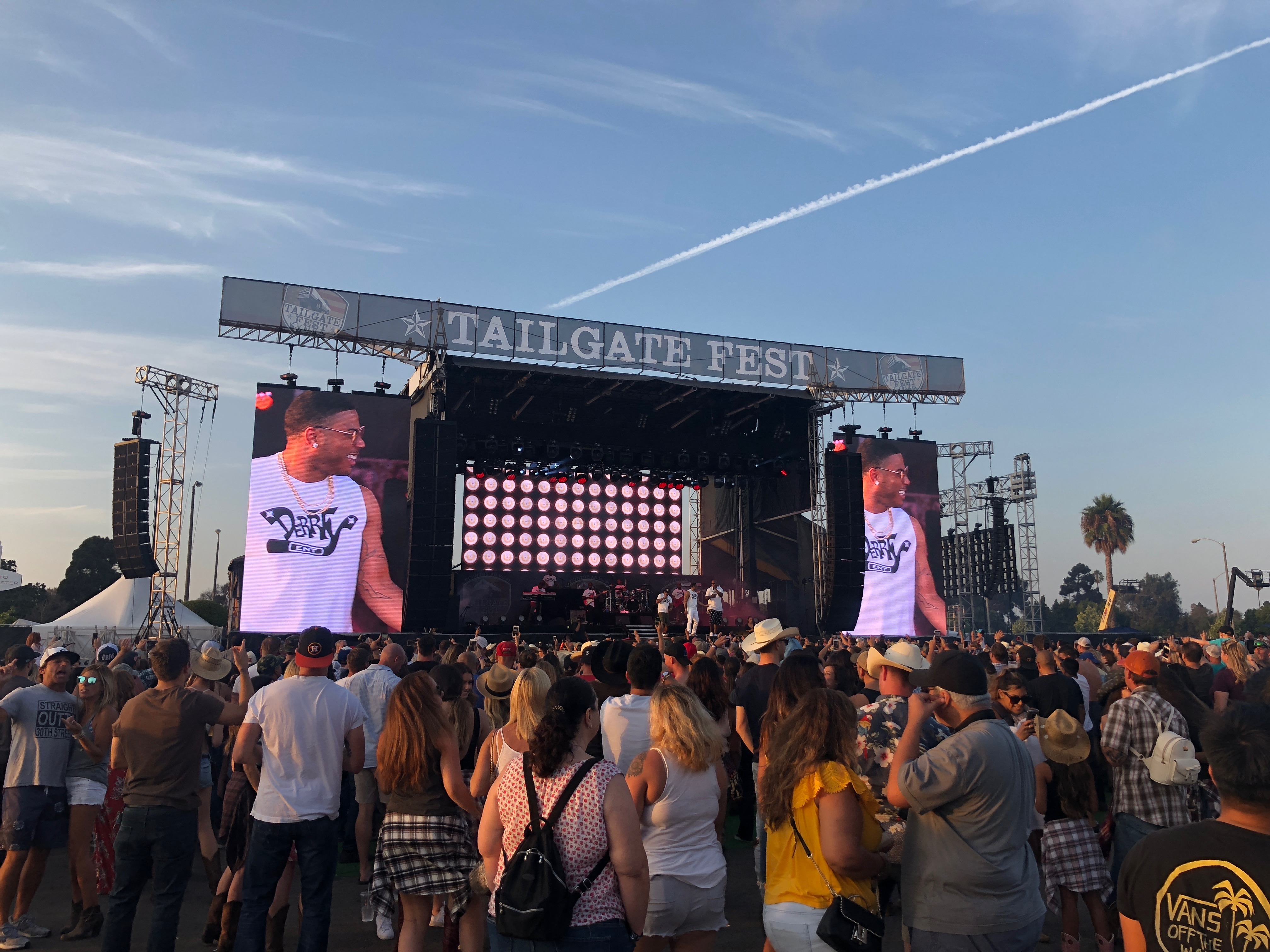 The Tailgate Festival is the first of it’s kind on the grounds of the Forum in Inglewood. Due to the nature of the festival, with the parking lot being part of the show, the Ticketmaster Box Office had to be moved from the Forum itself, to a far parking lot. Road WiFi worked closely with the extremely hospitable Forum/MSG IT gurus and nationwide Ticketmaster engineers to send their VLAN from the roof of the Forum across the parking lots to the far end next to the very much under construction LA Stadium. We were more integrated with the house network than most other festivals, and between the Forum and Road WiFi teams, we were successful in making some “out of the box” network feats a reality.

There were also multiple electronic ticket scanning check points around the grounds, which we were able to light up with point to point links, and of course taking care of normal backstage/production needs. We also connected about 90 of the Forum’s point of sale systems for bars and concessions further out into the parking lots. And, they built a pool. Cause, why not?

Shot from the Forum roof to the relocated box office. 1 km Ruckus point to point link.

Point to Point link from the Forum to backstage. 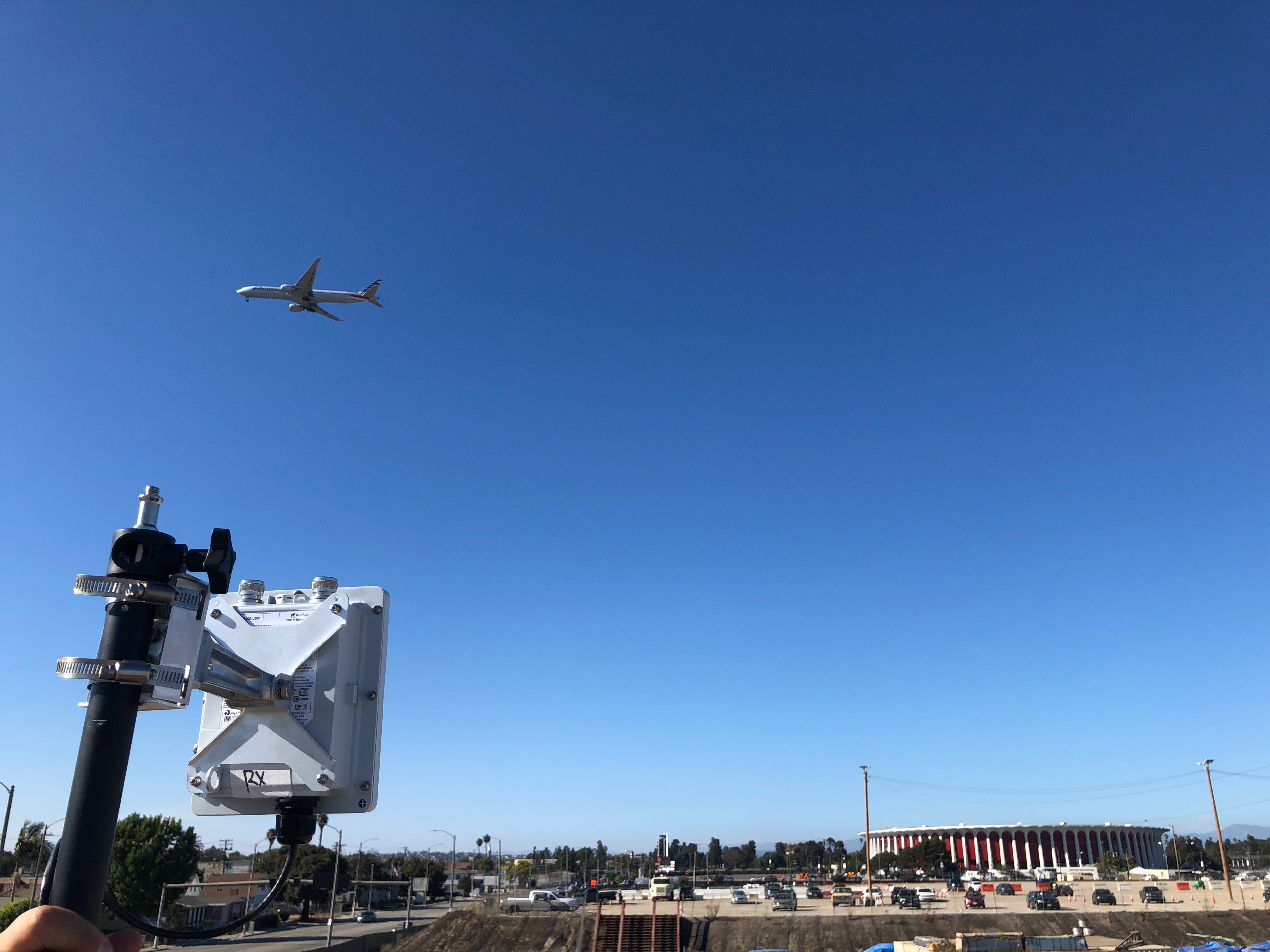 Receiving end on top of the temporary box office. This link was rock solid. 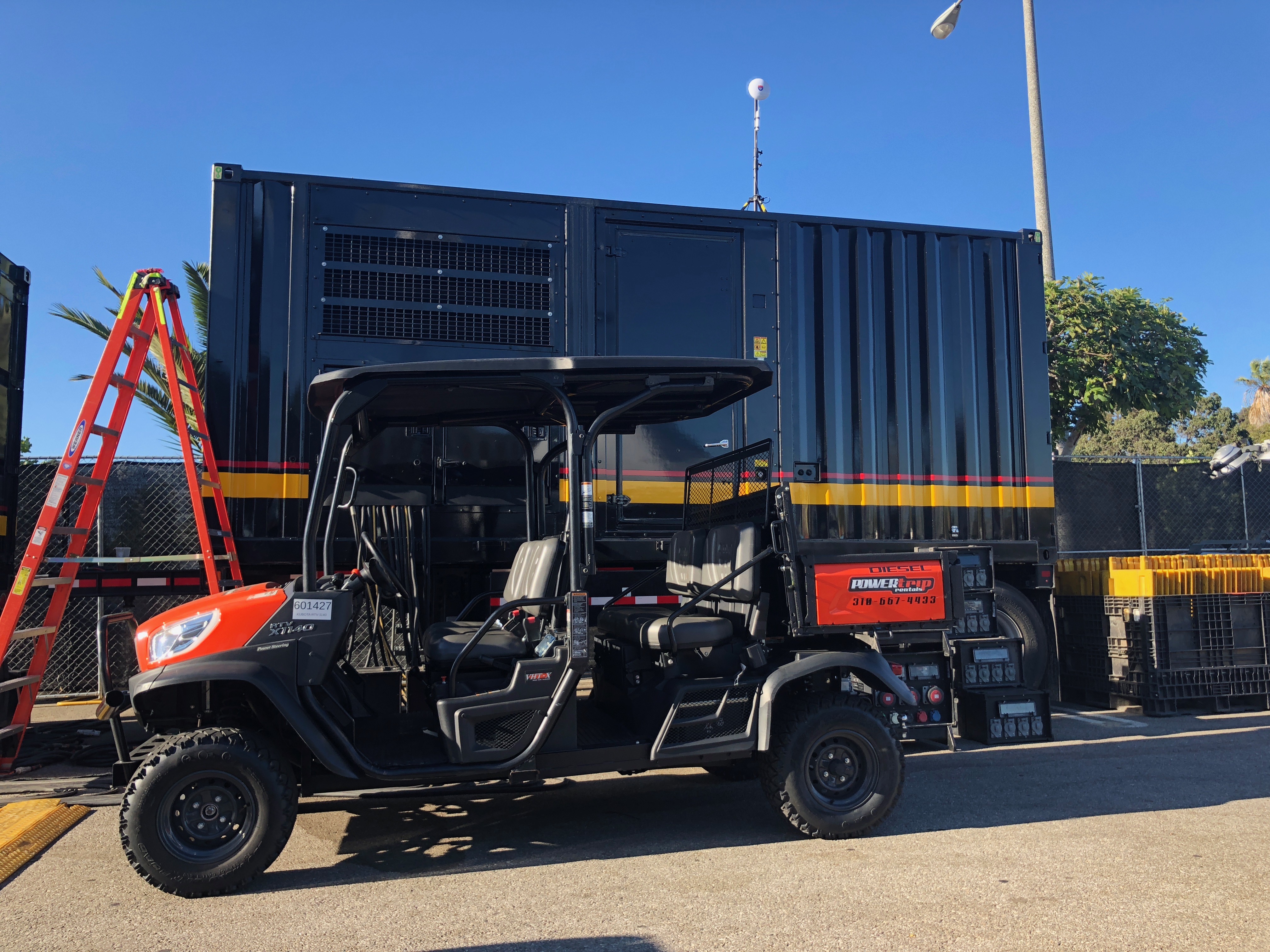 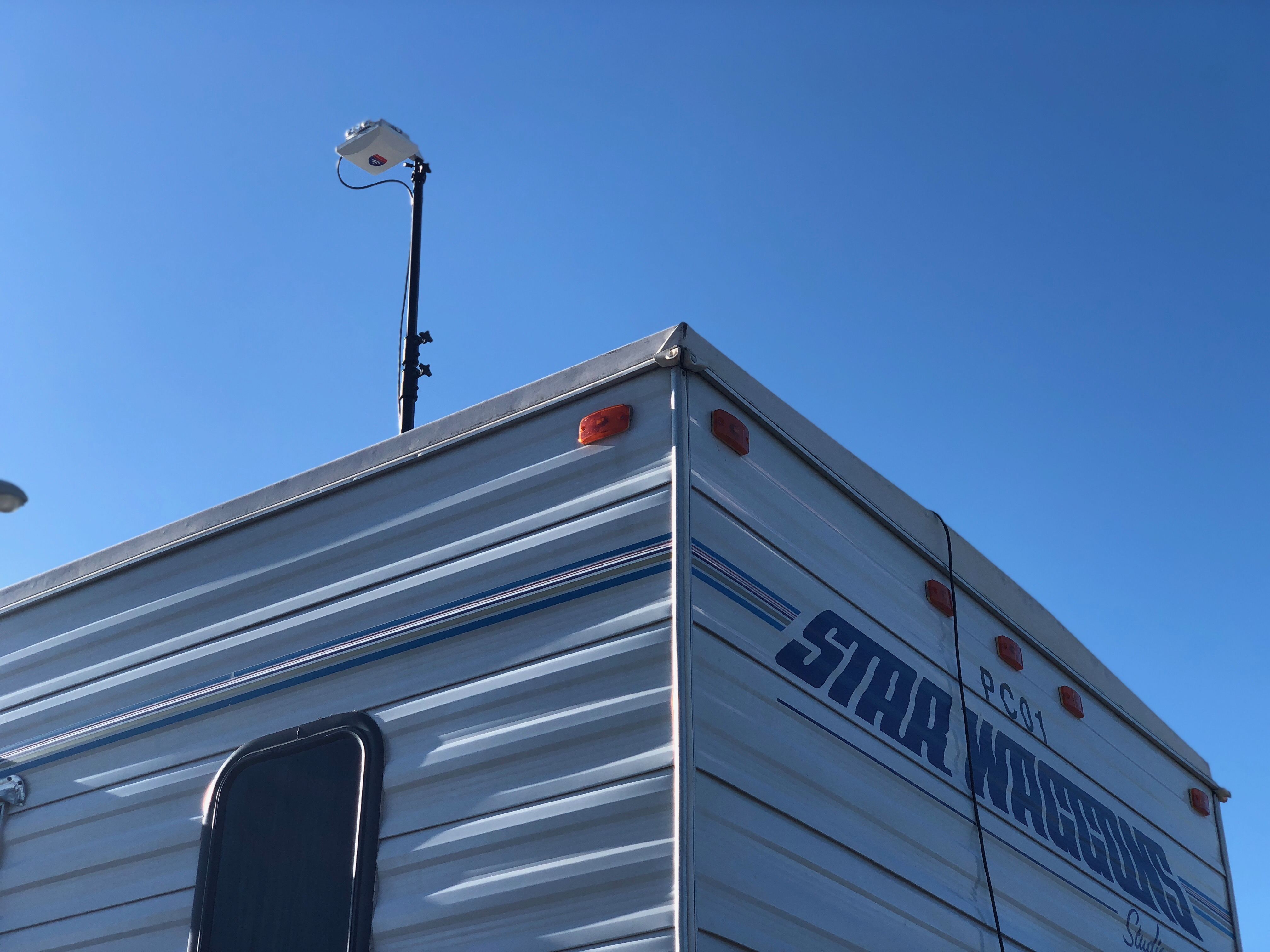 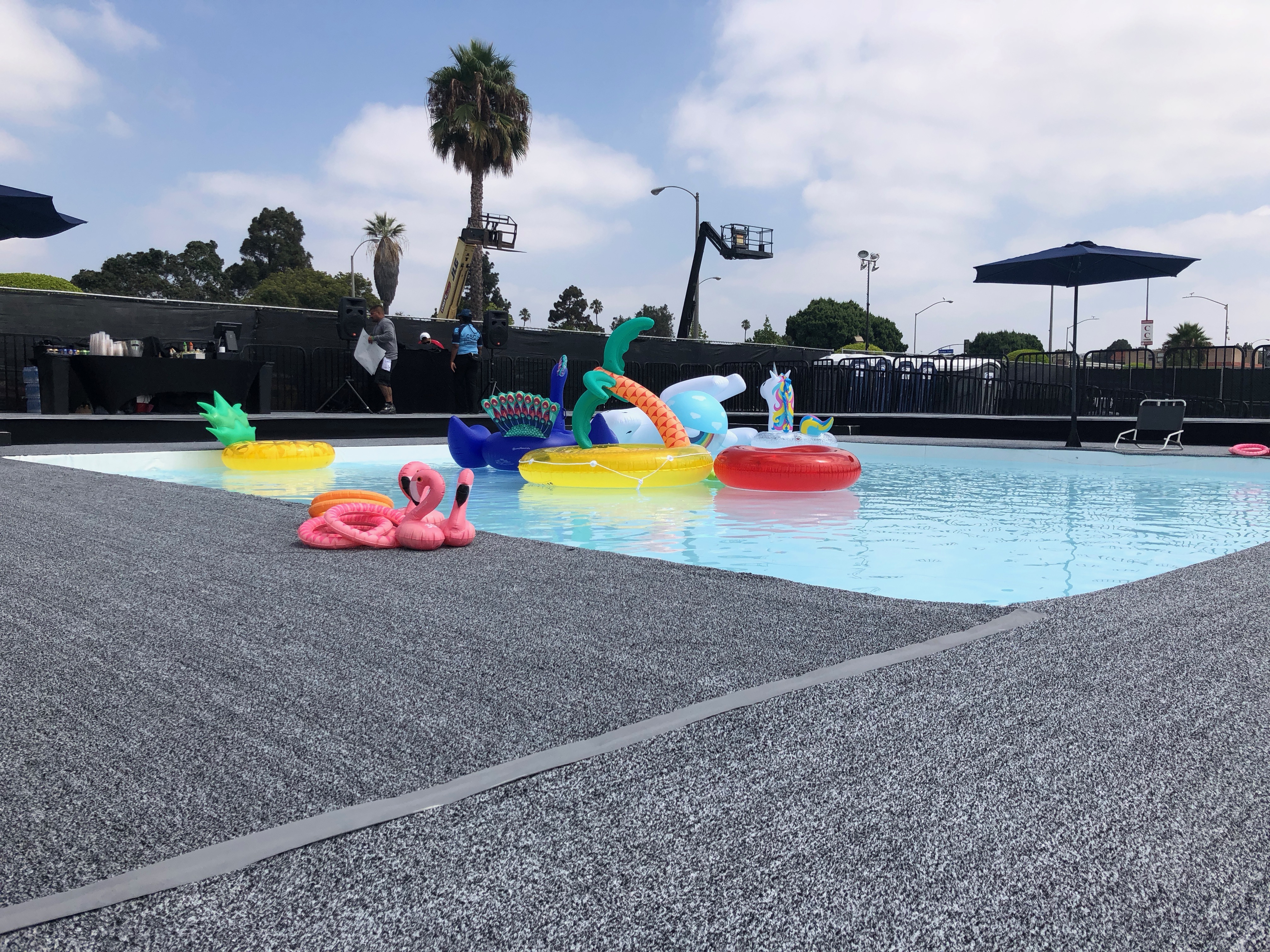 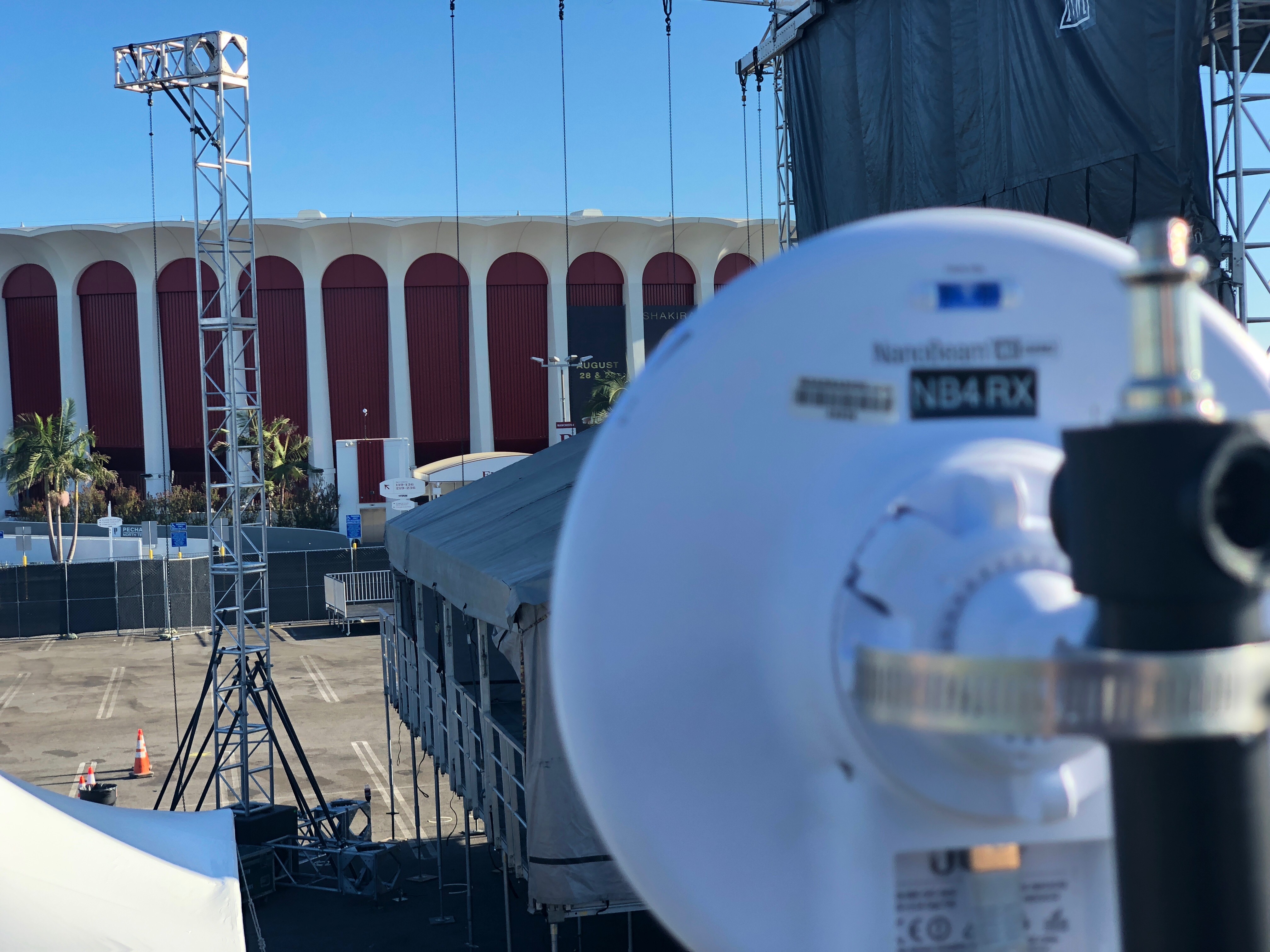 Short beam, but the lifeline of the backstage production offices.